I don't have to tell anyone in my generation how important the VHS format was for Horror/Exploitation fans! Without it, there are Hundreds or Thousands of titles that we would have NEVER saw! I can still remember the smell of my local Mom N' Pop video store, and can remember that feeling of being a kid, and wandering the darkened confines of the "Horror Room" for hours, until I had picked my Holy Grails for the weekend. My favorite store had a special of 5 movies for 10 bucks, and i would eagerly plop down my allowance to be able to watch some Horror films that I had never seen(and some I had seen). I would usually have friends over, and we would watch all 5 in one night, then I would rewatch them again and again, until my Mom had to return them Sunday night. 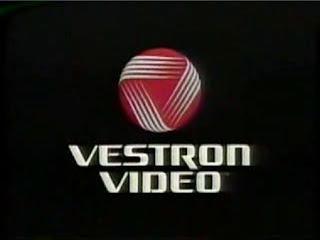 One of my all time favorite companies was Vestron Video!! They introduced me to SO many Horror/Exploitation/Teen Comedies over the years, I felt like I should have owned stock in that company. They were the ones that put out most of the European films as well, and without them I would have never witnessed the likes of Burial Ground, The House By The Cemetary, and Invasion Of The Flesh Hunters. They also like I said, had plenty of teen sex comedies, which of course were great. Theirs were usually cheaper and lewder copies of the big budget ones, but me and my buddies loved stuff like Hot Moves, Weekend Pass, & H.O.T.S.!! There will never be another distributor that runs the gamut of Sleaze N' Gore so gleefully....NO, not even Troma!! 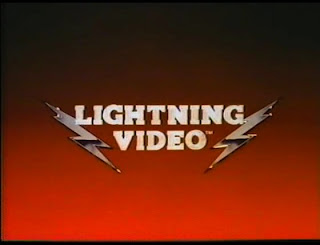 So when you were looking for something EVEN sleazier than the usual Vestron titles, where did ya go??
Lightning Video!!! Lightning was a subsidiary of Vestron, and it put out the really cheap and scuzzy stuff like Naked Vengeance, Deadly Sunday, and Women's Prison Massacre!! I always knew what I was getting with Lightning & Vestron, so I never came away disappointed. But I am sure, there were many that hated the low budget stuff they were doling out a rapid pace. The sad thing about it all, is that Lionsgate bought out all of the companies titles, and unfortunately only a select few have seen DVD releases. I am sure that Lionsgate has to know that there is a crowd for these titles? Maybe they should do something like Warner Archives is doing? List all of the titles on the WWW, and fans can order the titles they want, and LG can produce them by demand!! That would be incredible, it makes me excited thinking about it!! Of course, they would have to offer a way lower price than Warner does. Nobody would pay $20+ for these titles(excluding stuff like The Mutilator), they could offer like 3 for 20 and they would fly out of the shelves!!! Lionsgate??? Anybody listening??? Well, next time I think we will talk about Media Home Entertainment, my other favorite!!
Posted by Mitch at 11:40 AM