Now that heatwaves are devastating most of the country, and summer is in full swing, this is the perfect time to stay inside in the A/C, and watch summer camp movies. It's much too hot to be outside, so live vicariously through these classics, and if you've never been to summer camp(like me), we can see what we missed! 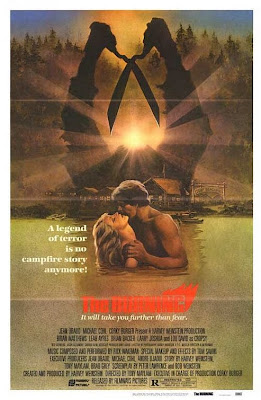 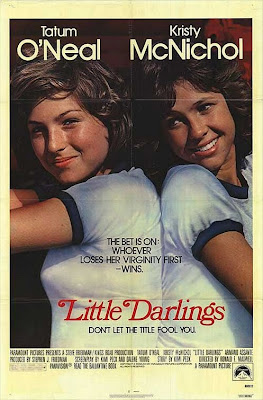 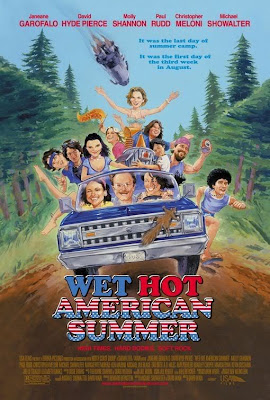 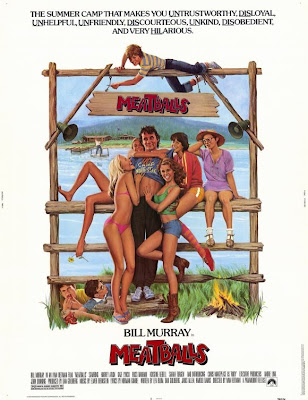 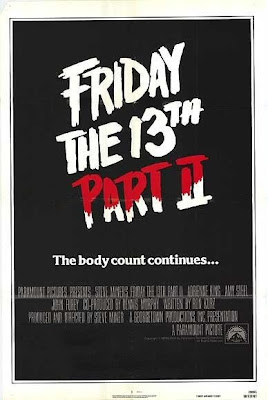 I Just Don't Get It? 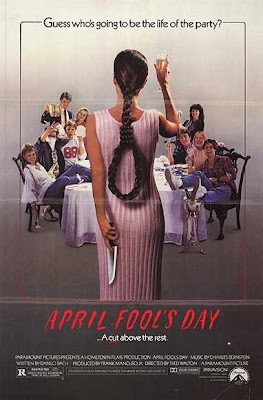 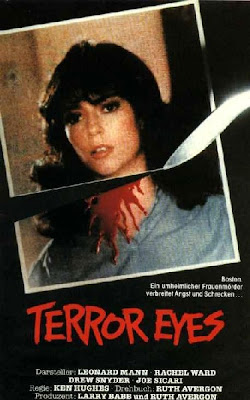 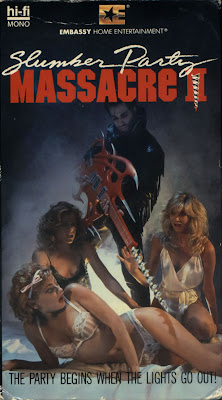 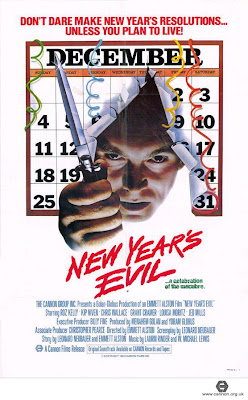 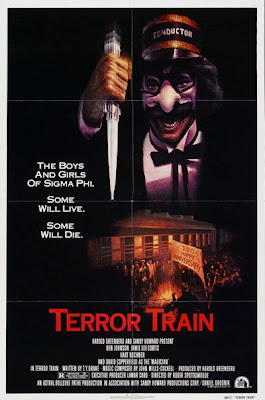 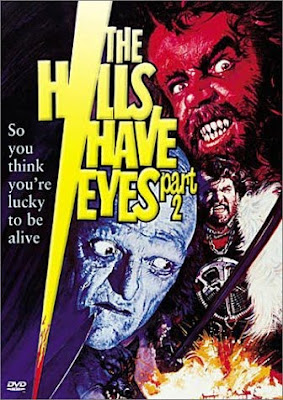 I found it quite shocking the reputation that The Hills Have Eyes Part 2 has garnered. Many people actually do not know that it exists! It was written and directed by Wes Craven, who also did the original. I have a hard time defending it against the original, because I actually like it better than that film(gasp!). I agree that it doesn't have the same kind of grit and atmosphere that the original had, but part 2 is a straight up slasher film, where the 1st is not. If you are a fan of 80's styled slasher films, and haven't seen it, you should definitely check it out. It's better than you would think.

A gang of motorcycle riders decide to take a trip out to the desert to test out a new type of fuel that is supposed to make their bikes go even faster. They end up taking a wrong turn, and then breaking down in the desert, the same place that the remains of the original, murderous cannibalistic family still resides. One of the kids, Rachel, happens to be Ruby, the girl from the cannibal family, that helped the family out in the original. They still have the dogs from the original film, and the most lambasted thing about this film, is that the dogs have flashbacks themselves and remember the family and the carnage from the original. Yeah, it's silly, but I have seen far sillier things in a slasher film(don't even get me started). There is a new member of the murderous family as well, whom they call The Ripper, and is the brother of Papa Jupiter. Where he was in the original film, is never explained, but doesn't make that much difference to the plot. We see the kids picked off one by one, in typical slasher fashion, until the final kids have to defend themselves. No, it's not original, but it sure is entertaining as hell!

The gore is handled quite well, and there is a real nasty throat slashing that has always stood out in my memory. The abandoned "town" and the buildings that they riders take refuge in, add to the atmosphere. There are several staples from 80's bad cinema amongst the cast, we have Michael Berryman returning, Peter Frechette from Grease 2, and Kevin Blair from Friday The 13th Pat VII and the Subspecies franchise. Please don't let Craven's embarrassment of the film, or the bad reputation keep you from checking this one out. It's awesome!!
Posted by Mitch at 7:33 PM 2 comments:

There is something about a beautiful rainy day, that brings out the nostalgia in me. I want to relax and watch the movies that I loved the most as a child. These days are my favorites, and have a feeling I'm not alone in this, here are the posters from a few of my favorite rainy day movies, I'd love to hear what your favorites are as well. 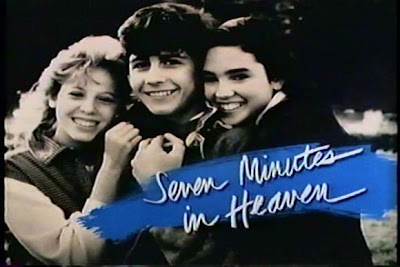 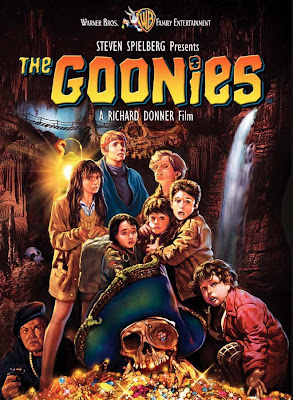 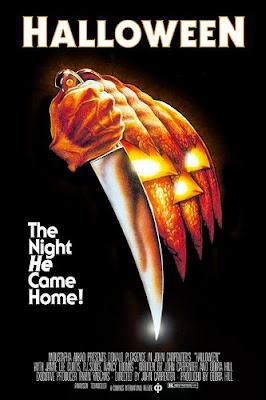 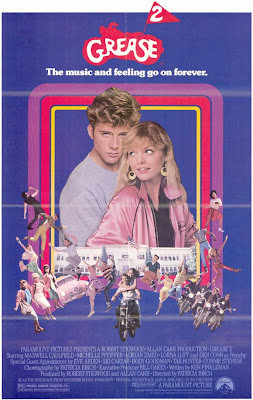 Just did a new review for Wil over at HYB for the new film, Pig Hunt, check it out. 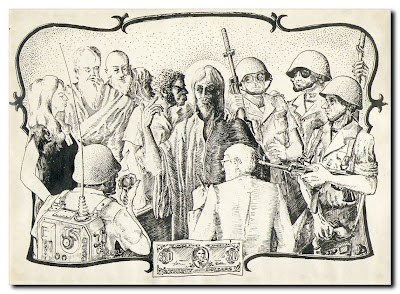 As I've said before lyrics mean so much to me, and sometimes do not become relevant until many years later. I was listening to the song "Judas Reward" by Holy Terror from 1987, and realized how relevant they have became during this oil spill crisis, check them out: 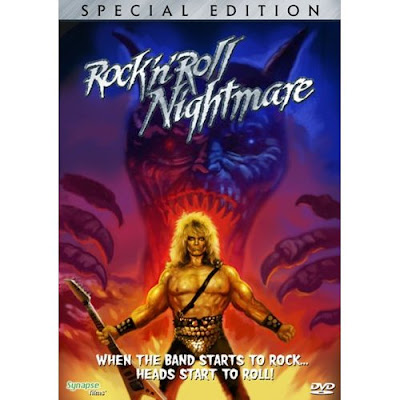 First off, let me say that Rock N' Roll Nightmare is one of the worst films that I have ever had the displeasure of seeing. It belongs in the short-lived sub genre of "Heavy Metal Horror" that was popular for a minute in the 1980's. There are some semi-redeeming films that came out of said genre, like Rocktober Blood, Hard Rock Zombies, and Trick Or Treat. But this one doesn't have any redeeming factors at all, unless you just enjoy laughing at bad music and bad performances and bottom of the barrel special effects. I will give the filmmakers some credit, as this was only made for the paltry amount of $50,000, and the location is pretty cool.


The story concerns a hard rock/heavy metal band called Tritonz, and their lead singer Jon Triton(Canadian muscle head/rocker Jon Mikl Thor). They rent an old farmhouse in rural Toronto(??), where a family was massacred by an unseen force years ago. They have converted the barn into a 24 track studio, and plan to rehearse for their new album/ tour that they are about to undertake. They bring along their goofy manager and girlfriends and assorted bimbo's for their 5 week stay. They barely make it a day when we see a small "demon", that looks like a cycloptic penis, and it starts possessing the guests one by one. Some of them die, and some of them walk around like zombies trying to convert the others into doing evil bidding. I know, the story sounds like many other horror films of that period, and it's obvious that it was heavily influenced by the Evil Dead films. The problem other than what I mentioned before, is that the plot makes absolutely no sense! It goes from one scene to another, with no explanation at all for what is causing it to happen. Also, when they are not rocking out to their horrible(even for the 80's) tunes, they are having sex! The sex scenes go on forever, and are disgusting! The actors are not attractive, so there is no excuse for a 5 minute sex scene between ugly people. The ending doesn't make sense either. Jon turns into some "archangel" with a studded codpiece, and there is a killer starfish looking creature, that looks like your little brother made it with Play-Doh.

I am usually a sucker for bad films like this, but I cannot recommend this to anyone with a clear conscience. Unless you have "bad movie nights" or something like that, then it will still be a chore to get through. They did make a sequel(I thought there had to be a demand for such a thing?) in 2005 called Intercessor: Another Rock N' Roll Nightmare, but unless I am feeling really sadistic, I think I will pass on that, I have a feeling that you should as well.
Posted by Mitch at 7:56 PM No comments: